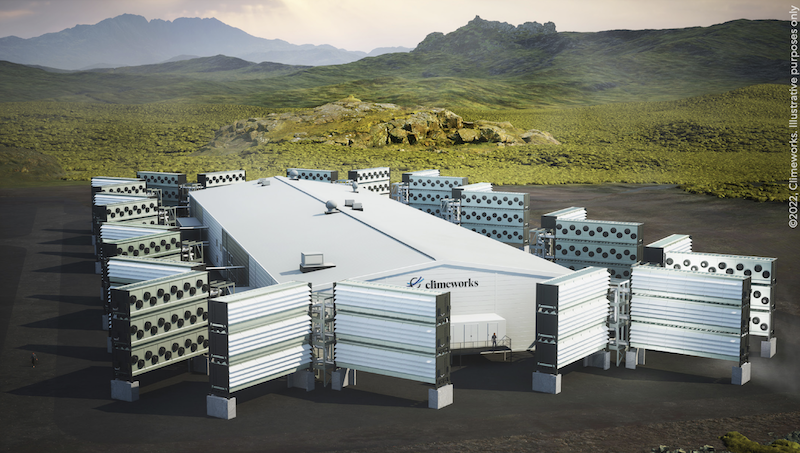 Climeworks announced on June 28 that it has started constructing its newest and largest direct air capture plant in Iceland, a major stride in the company’s ambitious plans to reach multi-megaton capacity by 2030 and gigaton capacity by 2050.

Following a recent equity raise of USD 650m, Climeworks is focused on rapidly scaling-up capacity on the market. It will concentrate on implementing large modular direct air capture and storage facilities, investing in technological development, and growing its organisation globally.

Mammoth is Climeworks’ 18th project and its second commercial direct air capture and storage plant. It is designed with a CO₂ capture capacity of 36,000 tons per year when fully operational – an order of magnitude larger than its Orca. Located in Iceland, construction is expected to last 18-24 months before operations start.

Jan Wurzbacher, co-founder and co-CEO of Climeworks said: “Today is a very important day for Climeworks and for the industry as construction begins on our newest, large-scale direct air capture and storage plant. With Mammoth, we can leverage our ability to quickly multiply our modular technology and significantly scale our operations. We are building the foundation for a climate-relevant gigaton-scale capacity, and we are starting deployment now to remain on track for this.”

← Shell, ExxonMobil, CNOOC Partner on Offshore CCS Hub in China Teck Set to Launch CCUS Pilot in British Columbia →
VIEW ALL NEWS
SIGN-UP TO RECEIVE FREE INDUSTRY NEWS
This website uses cookies to improve your experience. We'll assume you're ok with this, but you can opt-out if you wish. Accept Reject Read More
Privacy Policy