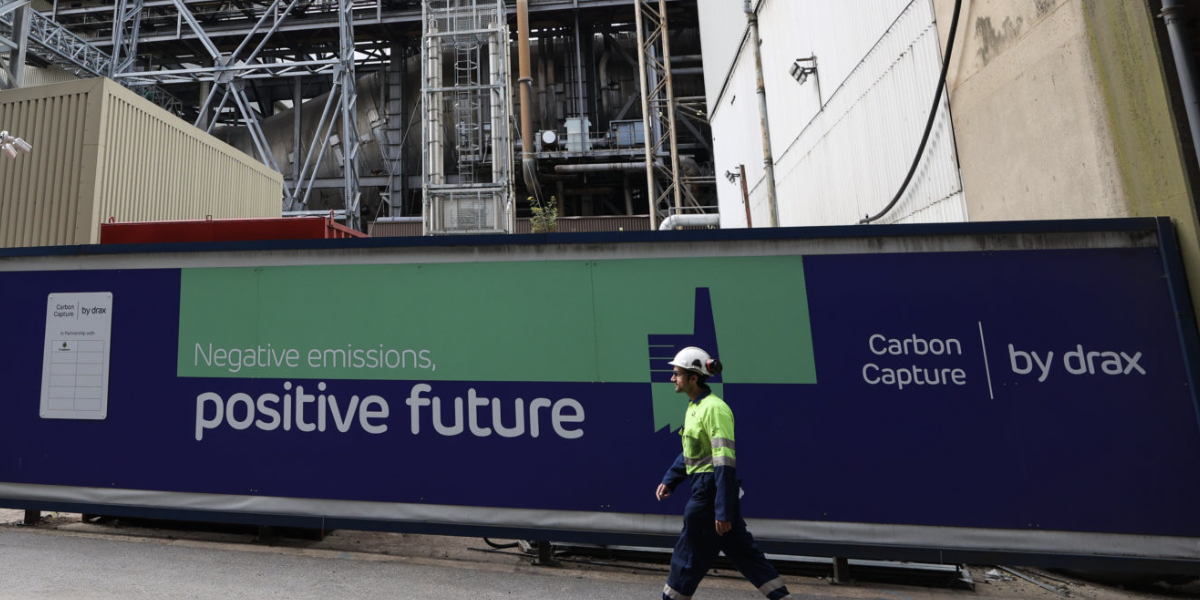 Energy company Drax has submitted plans to develop what it claims to be the world’s largest carbon capture project at its North Yorkshire power station.

Drax has applied for a development consent order (DCO) for two bioenergy with carbon capture and storage (BECCS) units at its North Yorkshire power station.

The firm plans to invest £2bn in the facility and begin construction in 2024.

Once fully operational, the BECCS units are projected to remove a minimum of eight million tonnes of CO2 from the atmosphere per year.

Chief Executive Will Gardiner said: “Drax’s BECCS project provides the UK with a once in a generation opportunity to kickstart a whole new sector of the economy and lead the world in a vital green technology needed to address the climate crisis. Drax aims to invest billions of pounds and create thousands of jobs developing BECCS in the UK, provided that the UK government has in place policies to support the feasibility and delivery of negative emissions technologies.

“BECCS at Drax will not only permanently remove millions of tonnes of carbon dioxide from the atmosphere every year, but it will also generate the reliable, renewable power this country needs. No other technology can do both.”

← Petronas Partners with Mitsui & Co. on CCS in Malaysia  HeidelbergCement's CCUS Project in Bulgaria Wins EU Funding  →
VIEW ALL NEWS
SIGN-UP TO RECEIVE FREE INDUSTRY NEWS
This website uses cookies to improve your experience. We'll assume you're ok with this, but you can opt-out if you wish. Accept Reject Read More
Privacy Policy