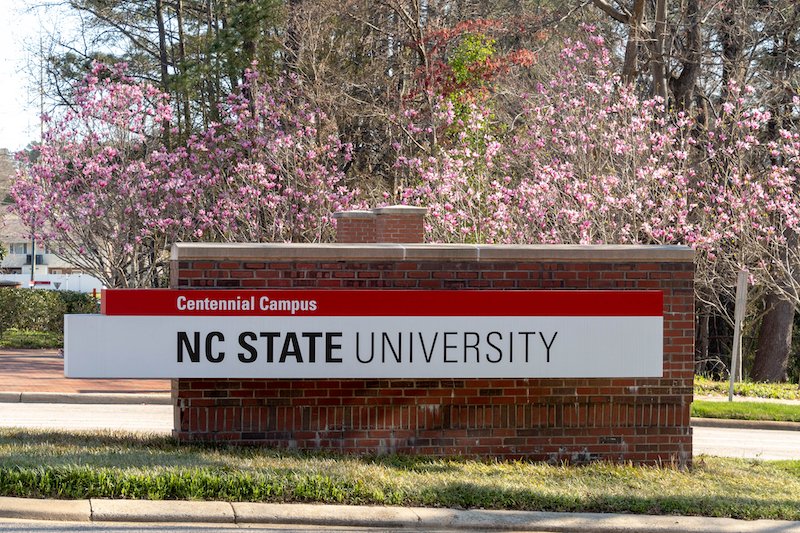 The findings from initial laboratory testing represent a step forward in the development of a possible new carbon capture technology that could reduce carbon dioxide emissions from biomass, coal or natural gas power plants. And while the filter would need to be scaled up in size significantly, the researchers think their design would make that step easier compared with other proposed solutions.

“With this technology, we want to stop carbon dioxide emissions at the source, and power plants are the main source of carbon dioxide emissions right now,” said the study’s lead author Jialong Shen, postdoctoral research scholar at NC State. “We think the main advantage of our method compared to similarly targeted research is that our method could be easily scaled up using traditional textile manufacturing facilities.”

The centerpiece of the research team’s design for a proposed textile-based chemical filter is the naturally occurring enzyme carbonic anhydrase, which can speed a reaction in which carbon dioxide and water will turn into bicarbonate, a compound in baking soda. The enzyme plays an important role in the human body; it helps transport carbon dioxide so it can be exhaled.

“We borrowed this wonderful enzyme in our process to speed up the carbon dioxide uptake in an aqueous solution,” Shen said.

To create the filter, researchers attached the enzyme to a two-layer cotton fabric by dunking the fabric in a solution containing a material called chitosan, which acts like a glue. The chitosan physically traps the enzyme, causing it to stick to the fabric.

The researchers then ran a series of experiments to see how well their filter would separate carbon dioxide from an air mixture of carbon dioxide and nitrogen, simulating levels emitted by power plants. They rolled the fabric into a spiral so that it can be shoved into a tube. They pushed the gas through the tube, along with a water-based solution. As the carbon dioxide reacted with the water in the solution and the enzyme, it turned into bicarbonate and dripped down the filter and the tube. Then, they captured the bicarbonate solution and routed it out.

When they pushed air through the filter at a rate of 4 liters per minute, they could pull out 52.3% of carbon dioxide with a single-stacked filter, and 81.7% with a double-stacked filter. While the findings are promising, they need to test the filter against the faster air flow rates that are used in commercial power plants. For comparison, a full-scale operation would need to process more than 10 million liters of flue gas per minute. The researchers are working with collaborators to test at a bigger scale and to compare their technology to other comparable technologies under study.

In addition to testing the filters’ carbon capture rates, they also tested how well the filter would work after five cycles of washing, drying and storing. They found it could maintain a high level of performance.

“The enzyme can be maintained at a lower temperature for a very long time and it’s going to be durable,” Shen said. “The fabric provides physical support and structure for it, while providing a large surface area for it to react with the carbon dioxide.”

Capturing the carbon dioxide is just one part of the process – they also are working on the problem of how to recycle the liquid after it exits the filter, as well as the process of turning the bicarbonate back into carbon dioxide so it can be stored and disposed of, or used for other commercial purposes.

“We want to regenerate the water solution we use with the filter so we can use it over and over,” Salmon said. “That side of the process needs more work, to make the regeneration energy of the solvent as low as possible.”

The researchers say new technologies for carbon capture are needed that would require less energy than existing commercialized carbon capture technologies, some of which are used only to filter carbon dioxide and release it back into the atmosphere. They hope their carbon capture system could help drive down the cost to help boost adoption.

“There are a lot of different ways to capture carbon dioxide,” Shen said. “The current standard in the commercial setting uses a reaction that is so fast, so robust, and that binds the carbon dioxide so well, that you can’t easily get the carbon dioxide out. You have to use very high temperatures, which means a lot of energy consumption. That makes your process more expensive.”

The study, “Carbonic Anhydrase Immobilized on Textile Structured Packing Using Chitosan Entrapment for CO2 Capture” was published online in ACS Sustainable Chemistry & Engineering. Co-authors included Yue Yuan, who completed her Ph.D. on Salmon’s team. The study was supported by NC State and by the Alliance for Sustainable Energy, managing and operator contractor for the National Renewable Energy Laboratory (NREL) for the U.S. Department of Energy, through a Bioenergy Technologies Office (BETO)-funded project, as a collaboration between NREL, NC State and the University of Kentucky’s Center for Applied Energy Research, using enzymes from Novozymes.