The UK Launches its First-Ever Carbon Storage Licensing Round 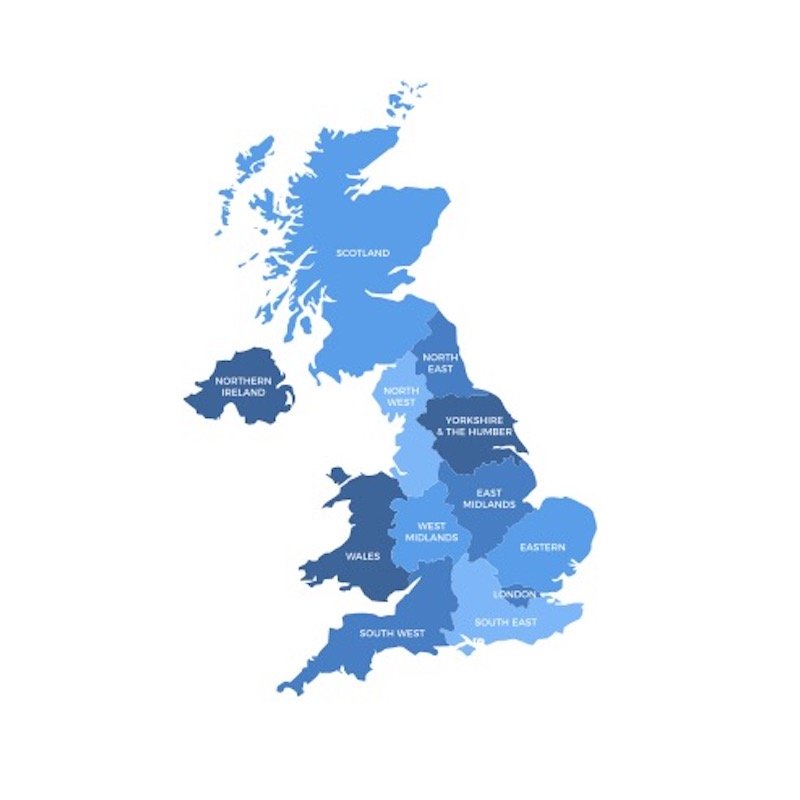 The new carbon storage areas, alongside the six licences which have been issued previously, could have the ability to make a significant contribution towards the aim of storing 20-30 million tonnes of CO2 by 2030.

The areas being offered for licensing are off the coast of Aberdeen, Teesside, Liverpool and Lincolnshire in the Southern North Sea, Central North Sea, Northern North Sea, and East Irish Sea and are made up of a mixture of saline aquifers and depleted oil and gas field storage opportunities.

This round is envisaged to be the first of many as it is estimated that as many as 100 CO2 stores could be required in order to meet the net zero by 2050 target.

The Intergovernmental Panel on Climate Change report published in April 2022 emphasised the need for carbon capture and storage technologies to be deployed to reach net zero emissions from power and industry sectors.

Carbon capture and storage (CCS) involves the capture of CO2 emissions from industrial processes and will play a crucial role in decarbonising the UK’s major industrial hubs such as Teesside and Humberside. This CO2 is then transported from where it was produced, via ship or in a pipeline, and stored offshore, deep underground in geological formations.

The NSTA has launched this carbon storage licensing round in response to unprecedented levels of interest from companies eager to enter the market. The areas on offer have a combination of attributes such as the right geological conditions, proximity to existing infrastructure which may be able to be re-purposed, and links to industrial clusters which are looking to carbon storage to help meet their decarbonisation goals.

The level of interest already expressed suggests there will be strong competition meaning that prospective licensees will need to produce high-quality bids to win licences.

In choosing suitable areas to make available for licensing, the NSTA fully considered issues including co-location with offshore wind – whether there are any known challenges and mitigations around existing or future offshore wind developments – environmental issues, potential overlaps with existing or future petroleum licences, and other activities to ensure key technologies can all be taken forward.

There are currently six carbon storage licences on the UK Continental Shelf which could meet up to one-fifth of storage needs, if they reach their maximum potential of up to 40 million tonnes per annum (MTPA) injection rates by the mid-2030s. Whilst the capacity estimates of the areas offered in this round carry some uncertainty at this stage, they offer the potential to make a very significant contribution to decarbonisation of the UK.

The application window is open for 90 days, closing on 13 September, and will be evaluated by the NSTA on technical and financial criteria.

It is expected that any new licences will be awarded in early 2023. The size and scale of the licensed stores mean that they are likely to proceed at different paces, but first injection of CO2 could come as early as four to six years after the licence award.

The Government’s Ten-Point Plan, published in November 2020, supported the establishment of carbon capture, usage and storage in four clusters – in areas such as the North East, the Humber, North West, Scotland and Wales – encouraging private sector investment.

CCS is a developing industry and requires close co-operation between many organisations. The NSTA, The Crown Estate and Crown Estate Scotland have recently published a joint statement explaining how they intend to work together and the NSTA has, separately, agreed a Memorandum of Understanding with Ofgem, which will act as the economic regulator for the transportation and storage of carbon dioxide.

In addition to being awarded a licence from the NSTA, successful applicants will also need to obtain a lease from The Crown Estate or Crown Estate Scotland, depending on location, before they can progress a project.

“This is an important day on the path to net zero emissions. In addition to the huge environmental benefits of significantly reducing carbon dioxide emissions into the atmosphere, the facilities will provide opportunities for many thousands of highly-skilled jobs.

“Carbon storage is going to be needed across the world. There is growing investor appetite and we are keen to accelerate development of the carbon storage sector so that UK is well-positioned to be a global leader.

“The NSTA is ready to work with industry, government, regulators and others to deliver these exciting projects at pace.”

“We’re determined to make the UK a world leader in carbon capture, which will be crucial in helping us reduce emissions and protect the viability and competitiveness of British industry.

“This licensing round is an important step in making this a reality, helping support new jobs across the UK and encouraging investment in our industrial heartlands.”

← Ørsted to Capture and Store 400,000 tonnes of Carbon in 2025 Shell, ExxonMobil, CNOOC Partner on Offshore CCS Hub in China →
VIEW ALL NEWS
SIGN-UP TO RECEIVE FREE INDUSTRY NEWS
This website uses cookies to improve your experience. We'll assume you're ok with this, but you can opt-out if you wish. Accept Reject Read More
Privacy Policy